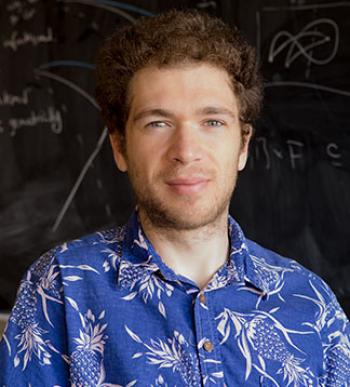 Congratulations to Professor John Pardon, who was named a 2017 Packard Fellow. The David and Lucile Packard foundation named 18 fellows this year, each of whom will receive $875,000 over five years to pursue their research.

In 1988, the Packard Foundation established the Packard Fellowships for Science and Engineering to allow the nation’s most promising professors to pursue science and engineering research early in their careers with few funding restrictions and limited reporting requirements. The program arose out of David Packard’s commitment to strengthening university-based science and engineering programs in recognition that the success of the Hewlett-Packard Company, which he cofounded, derived in large measure from the research and development in university laboratories.