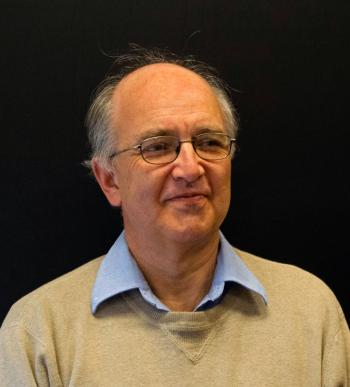 Professor János Kollár has been awarded the 2017 Shaw Prize in mathematics. Professor Kollár shares this year's prize with Clair Voisin, professor at the Collège de France, for their "remarkable results in many central areas of algebraic geometry, which have transformed the field and led to the solution of long-standing problems that had appeared out of reach."Established under the auspices of Mr Run Run Shaw in November 2002, the Prize honours individuals, regardless of race, nationality, gender and religious belief, who have recently achieved significant breakthrough in academic and scientific research or applications and whose work has resulted in a positive and profound impact on mankind. The Shaw Prize consists of three annual prizes: Astronomy, Life Science and Medicine, and Mathematical Sciences, each bearing a monetary award of one million two hundred thousand US dollars. Of the 21 Shaw Prize Laureates to date, 10 have close connections to Princeton: Professor Emeritus Sir Andrew Wiles (2005); Robert Langlands (2007), Richard Taylor *88 (2007), and Jean Bourgain (2010), faculty at the IAS who hold appointments as Visiting Lecturer with Rank of Professor at Princeton; Demetrios Christodoulou *71 (2011), Princeton faculty from 1992–2001; Richard Hamilton *66 (2011); David Donoho '78 (2013); George Lusztig *71 (2014); and Gerd Faltings (2015), Princeton faculty from 1985–1994.