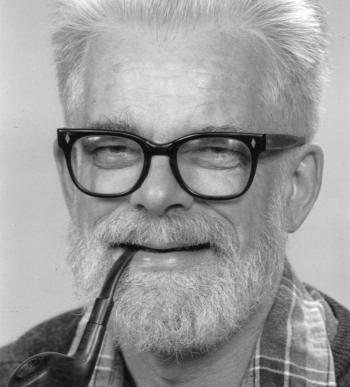 Professor of Mathematics Emeritus, Edward Nelson, died peacefully at 2:30 a.m. Wednesday, September 10, 2014, with his wife, Sarah, at his side.Professor Nelson received his Ph.D. from the University of Chicago in 1955. He had been appointed at Princeton as an Assistant Professor of Mathematics in 1959 and was promoted to the rank of Professor in 1964. Prior to his appointment at Princeton, he spent three years as a fellow at the Institute for Advanced Study. He retired from Princeton in July 2013. Nelson made fundamental contributions to a number of fields of mathematics, including probability, logic, foundations, mathematical physics and analysis. In 1995, he won the Steele Prize for research of seminal importance for his contributions to constructive quantum field theory in mathematical physics.
The University flag over East Pyne will be raised at half-mast in his memory September 10 through September 12.
Please click here to read the University's tribute to Professor Nelson.