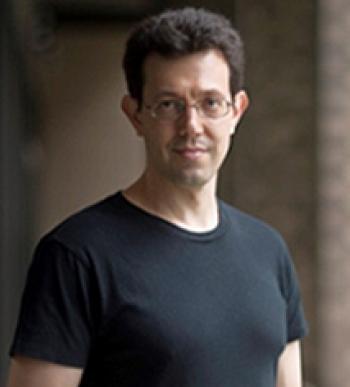 Professor Assaf Naor has been named the 2018 Frederic Esser Nemmers Mathematics Prize Recipient "for his profound work on the geometry of metric spaces, which has led to breakthroughs in the theory of algorithms".

The award announcement notes that "Naor has discovered structural properties of metric spaces and introduced geometric invariants that have a variety of powerful applications to several areas. He has also made major contributions to extension of Lipschitz functions, Grothendieck inequalities, and several other topics in analysis. These have decisive applications to theoretical computer science. Much of Naor’s work is motivated by a program to uncover a hidden dictionary that translates ideas and phenomena that occur in the more structured and well-understood setting of linear normed spaces to the realm of general metric spaces. A rigidity theorem of Martin Ribe from the mid-1970s indicates that such a dictionary exists in principle, but it does not give any explicit information about specific entries in that dictionary. This gives rise to a rich web of deep analogies and conjectures that underlies much of Naor’s research and leads to unifying analytic insights about geometric objects that occur throughout the mathematical sciences."

The Nemmers Prize is awarded biennially by Northwestern University to recognize works of lasting significance in the discipline. Since its inception in 1994, four of the thirteen recipients were Princeton faculty at their of the award: John Conway (1998), Yakov Sinai (2002), János Kollár (2016), and now Naor. Additionally, Nemmers Prize winners Edward Witten (2000) and Terence Tao (2010) received their Ph.D.s at Princeton (Witten in Physics) while Robert Langlands (2006) and Ingrid Daubechies (2012) were faculty members here prior to receiving this honor.