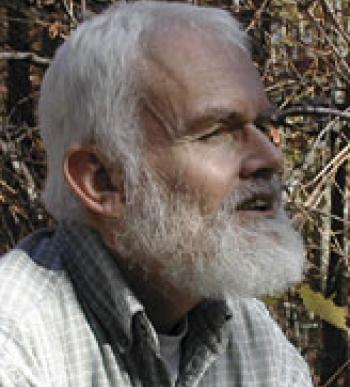 Philip Homes and John Guckenheimer are receiving the 2013 AMS Leroy P. Steele Prize for Mathematical Exposition. Presented annually by the American Mathematical Society, the Steele Prize is one of the highest distinctions in mathematics. The prize will be awarded on Thursday, January 10, 2013, at the Joint Mathematics Meetings in San Diego. Guckenheimer is the A. R. Bullis Professor of Mathematics at Cornell University. Holmes is at Princeton University, where he is the Eugene Higgins Professor of Mechanical and Aerospace Engineering, a Professor of Applied and Computational Mathematics, an associated faculty member in the Department of Mathematics, and a member of the Neuroscience Institute.Holmes and Guckenheimer are honored for their book, Nonlinear Oscillations, Dynamical Systems, and Bifurcations of Vector Fields (Applied Mathematical Sciences, 42, Springer-Verlag, 1983; reprinted with revisions and corrections, 1990). "Dynamical systems underwent a rebirth in the 1960s and 1970s with the work of mathematicians such as (in alphabetical order) Anosov, Arnold, Kolmogorov, Moser, Smale, Ruelle, Sinai, Takens, Thom, and many others on the theoretical side, and engineers and experimental physicists such as Lorenz, Swinney, Gollub, and many others on the applied side," the prize citation says. "Not surprisingly, it was difficult for the two communities to know about each other's work until the publication of the now-classic text by Guckenheimer and Holmes. Thirty years later this book remains in wide use as a standard text for graduate level courses in mathematics departments and throughout the sciences and engineering, and Chinese and Russian translations have appeared."
The full citation for this prize and additional information can be found in the Joint Mathematics Meetings Prize Booklet.
Text based on AMS news release.