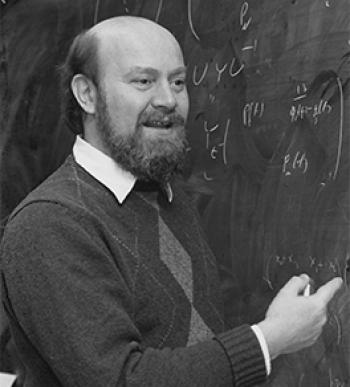 Professor Michael Aizenman was awarded the Henri Poincaré prize at the 2018 International Congress of Mathematical Physics in Montreal for his seminal contributions to quantum field theory, statistical mechanics, and disordered systems in which he pioneered innovative techniques that demonstrate the beautiful and effective interplay between physical ideas, mathematical analysis, geometric concepts, and probability theory.

The Prize was created in 1997 to recognize outstanding contributions in mathematical physics, and contributions which lay the groundwork for novel developments in this broad field. The Prize is also created to recognize and support young people of exceptional promise who have already made outstanding contributions to the field of mathematical physics. The prize is awarded every three years, at the association's congress, typically three recipients each time.   The other recipients this year were Percy Deift (Courant Institute) and Giovanni Gallavotti (Università di Roma 1).