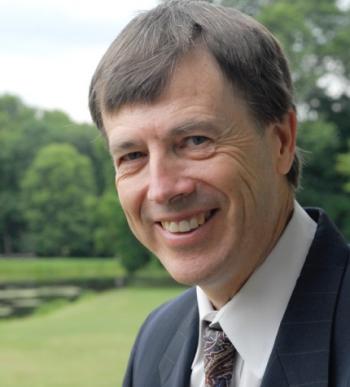 Jean Bourgain, IBM von Neumann Professor in the School of Mathematics at the Institute for Advanced Study and a Visiting Lecturer with Rank of Professor at Princeton, revered for the exceptional range, depth, and power of his mathematical work, passed away in Bonheiden, Belgium, on December 22, at the age of 64.

Bourgain joined the Institute's School of Mathematics as a Professor in 1994, the same year he received a Fields Medal, and served as IBM von Neumann Professor at the time of his death. In awarding the 2018 Steele Prize for Lifetime Achievement to Bourgain, the American Mathematical Society recognized him as "a giant in the field of mathematical analysis, which he has applied broadly and to great effect. In many instances, he provided foundations for entirely new areas of study and in other instances he gave mathematics new tools and techniques." A widely celebrated mathematician whose influence was acknowledged with many awards, including the 2017 Breakthrough Prize in Mathematics, Bourgain produced important work with impact across theoretical computer science, group theory, spectral theory, number theory, partial differential equations, harmonic analysis, and functional analysis.

Bourgain will be deeply missed at the Institute and by colleagues and friends around the world. We extend our deepest condolences to his family at this time.