Congratulations to the Mathematics Concentrators Elected to Phi Beta Kappa 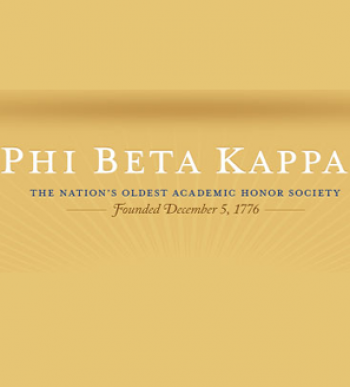 Phi Beta Kappa Society, founded at the College of William and Mary in 1776, has had a Princeton chapter since 1898. Membership is based on general academic performance throughout the college course; normally about a tenth of a class is elected. The society takes its name from the initials of its Greek motto: Philosophia Biou Kubernetes -- ``Love of wisdom the Helmsman of Life.'' This year seven mathematics concentrators were elected to the society:Philip Allen EtterIason KountouridisJoseph Uchechukwu ObiajuluPeter Seho ParkEric David SchneiderBradley Louis SniderRoy Hao Zhao