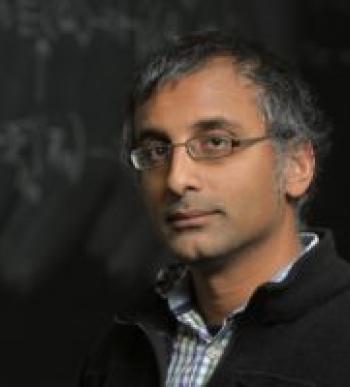 Akshay Venkatesh was one of four recipients of the 2018 Fields Medal at the International Congress of Mathematicians in Rio de Janeiro. Venkatesh, who completed his Ph.D. at Princeton in 2002 under the supervision of Peter Sarnak, was cited for his synthesis of analytic number theory, homogeneous dynamics, topology, and representation theory, which has resolved long-standing problems in areas such as the equidistribution of arithmetic objects.

The Fields Medal is awarded to to up to four recipients every four years at the ICM to recognize outstanding mathematical achievement for existing work and for the promise of future achievement.