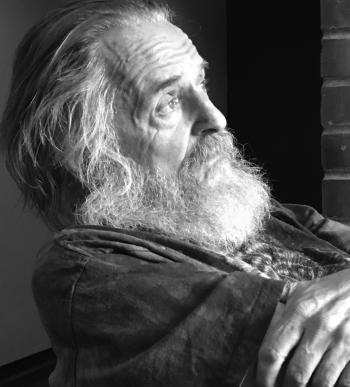 John Conway was born in Liverpool, England on December 26, 1937. John became interested in mathematics at a very early age, reciting the powers of two when he was 4 years old. In elementary school he could calculate the days of the week for any given date, (a skill he later refined into his Doomsday algorithm). He received his B.A. degree from Cambridge University in 1959, and his doctorate in 1964. He remained at Cambridge as a faculty member until 1986, when he joined the Princeton mathematics department as the John von Neumann Professor of Applied and Computational Mathematics.

Over his long career, John has made significant contributions in a large number of fields, including group theory, number theory, geometry, geometric topology, the theory of games, and theoretical physics.

John made major advances in group theory. He was the primary author of the ATLAS of Finite Groups (1986). This book, which took 15 years to complete, provides basic information about the properties of finite simple groups, which are the basic building blocks of all finite groups. He played an important role in the successful program to determine and classify all finite simple groups when he discovered what are now called the Conway groups. With Simon Norton, he studied the largest finite simple group, the Monster group, finding a conjectured unexpected connection with modular functions. This conjecture was later proved by his student, Richard Borcherds, who was awarded the Fields Medal for this work.

In a book of some 700 pages with Neil Sloane called Sphere Packing, Lattices, and Groups (1988), they dealt with dense packing of space by spheres in different dimensions, which they applied to error-correcting codes.

At heart, John considered himself a geometer. This included an abiding interest in polyhedra and, more generally, polytopes (flat-sided bodies in different dimensions). In the 1960’s John and Michael Guy established that there are 64 convex uniform polyhedra, excluding the two infinite sets of prismatic forms. They discovered the grand antiprism in the process, the only non-Wythonian uniform polyhedron.

In elementary geometry, he discovered many new results about triangles, for instance, the beautiful Conway circle associated with every triangle. These results will be published posthumously in The Triangle Book.

In number theory, John, as a graduate student, proved that every integer can be written as a sum of 37 fifth powers of integers, an instance of a 200-year-old conjecture called Waring’s Problem. In 1993, he proved, with his student, William Schneeberger, the astonishing result that if a positive definite quadratic form with associated integer symmetric matrix represents all positive integers up to 15, then it represents all positive integers.

As a high school student, he discovered an organizational system for knots enabling, a nearly complete tabulation for knots of up to 11 crossings and discovered duplications and omissions from the existing tables from 1900 that only went to 10 crossings. In geometric topology, he discovered what is now called the Alexander - Conway polynomial.

In 2004, John and his colleague in the mathematics department, Simon Kochen, proved the Free Will Theorem, using the Kochen-Specker Theorem, which showed the impossibility of interpreting quantum mechanics via a classical physics. The Free Will Theorem states that if an experimenter can freely choose which component of spin of a particle to measure, then the particle can also freely choose the value of this component. This result has been hotly debated by both physicists and philosophers.

For most mathematicians, games and puzzles have only a minor, tangential connection with their subject. For John, games were closely intertwined with his mathematical methods, a way of obtaining deep insights. He invented many new games and puzzles such as Sprouts, Phutball, Conway’s Soldiers, and the Two Wizards puzzle. His most famous game is the Game of Life. This seemingly simple board game, inspired by von Neumann’s construction of a self-reproducing machine, allowed him to simulate any Turing machine. Another game that John invented allowed him to construct the surreal numbers. The field of surreal numbers contains both the field of real numbers and infinite and infinitesimal numbers. John considered the surreal numbers one of his signal achievements, one which will eventually be useful in standard mathematics.

John was an amazing teacher. He could give a polished lecture in mathematics, astronomy, or the etymology of English words at the drop of a hat. John’s regular office was so filled to overflowing with books and colorful toy models, built from paper and wood to illustrate mathematical concepts, that he found refuge sitting in a small enclave across from the Common Room in Fine Hall. There he would hold court, talking to students, colleagues, and visitors, or be engrossed in writing at the adjacent blackboard. He was entrusted every year with the introductory course of Real Analysis that led students to the mathematics major. His passion for teaching extended not just to university undergraduates, but also to high school and middle school students at regional summer math camps around the country.