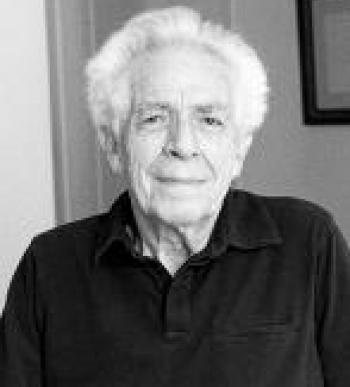 Harold William Kuhn, a longtime member of Princeton's Departments of Economics and Mathematics, died peacefully at his home in New York City on July 2, 2014, with members of his family at his side. He had suffered from multiple ailments and ultimately succumbed to congestive heart failure. He was 88.

Harold will long be remembered for his foundational contributions to both optimization theory and game theory and, more generally, for being a pioneer in the then-young field of mathematical economics.

The Kuhn-Tucker theorem and the Kuhn-Tucker conditions, co-named for him and his mentor, Albert Tucker, have been part of the education of every graduate student in economics for decades—and probably will be forever. Optimization under constraints is, after all, the bread-and-butter of economics, and Kuhn and Tucker taught the world how to do it under inequality constraints. One member of the committee remembers that, when he arrived at Princeton as a graduate student in 1980, the Kuhn-Tucker results were so imbedded in the curriculum that they seemed to have been around since time immemorial.

Game theory blossomed in Princeton in the mid-20th century. Harold was a key member of a brilliant group that ushered it in, including the genius John von Neumann and subsequent Nobel Prize winners John Nash, Lloyd Shapley, and Robert Aumann. Harold had an uncanny knack for making foundational contributions that will long be associated with his name. His concise and elegant formulation of extensive form games completely eclipsed von Neumann’s own. That and his related results on information, imperfect recall, and mixed and behavioral strategies are all now parts of the standard lexicon.

Harold was also a remarkable teacher. He had the ability to bring even the most obscure points of mathematics to life, both for math students and for economics students, and always with that big smile and twinkle in his eye. Naturally, students of both disciplines flocked to his courses—not because they were easy, but because Harold’s unfailing clarity made the material accessible, even fun. Professor Emeritus Burton Malkiel recalls that, “unbelievable as it may seem, Harold could keep a room of undergraduates spellbound while lecturing on linear algebra.” Try doing that.

For many years, Harold played a major role in the Ph.D. program in economics by teaching a portion of the required microeconomics sequence. Many alumni of this class went on to have distinguished careers in economics, including one who would later become President of Princeton. Harold Shapiro recalls Kuhn as “perhaps the best teacher I had at Princeton, a model of clarity [with] an ability to take his students to a higher level than they thought they were capable of.”

Theorists trained by Kuhn note that his creativity, meticulousness, and ability to define important problems shaped their style of research. However, the real testament to Harold’s dedication and skill as a teacher is how students who were less mathematically inclined viewed his courses. Many entered his classes with a sense of foreboding; the material was technical and challenging—and Kuhn was a mathematician to boot. But Harold put them at ease. Without sacrificing mathematical rigor, he made dense material accessible and interesting with lucid explanations, a light touch, and that ever-present twinkle. In his classroom, mathematical economics was not just a collection of abstruse theorems, but an invaluable framework for understanding how markets work and how the parts of an economy hang together.

Harold Kuhn was born in Santa Monica, California in 1925. Despite serving in the U.S. Army from 1944 to 1946, he still graduated from California Institute of Technology in 1947, after which he enrolled as a graduate student in mathematics at Princeton. He received his M.A. in 1948, and then his Ph.D. in 1950 while serving as an Instructor in the math department. In 1949, he married his wife-for-life, Estelle. Her brother, who was, naturally enough, a mathematician, introduced them. It was a 65-year love affair.

After a year as a Fulbright Scholar in Paris and another as a Lecturer at Princeton, Harold joined the faculty of Bryn Mawr College. While there, he published, among other things, a paper entitled, “The Hungarian Method for the Assignment Problem,” in the then-new journal Naval Research Logistics. About 50 years later, that now-venerable journal honored Harold by naming his paper the best in the journal’s history. After seven years at Bryn Mawr, Harold joined Princeton’s Departments of Economics and Mathematics in 1959, where he remained until his retirement in 1995.

Harold was something of a Renaissance man, fond of literature and art, a founder of a business that still thrives today, and absolutely devoted to civil rights—which, after Estelle and mathematics, was probably his true passion. In the late 1960s and early 1970s, he applied that interest to the governance of Princeton University— students also had civil rights, he believed. Harold authored the landmark paper, “Students and the University,” which led to major and lasting changes in the University’s governance, including the participation of students. This made it natural for him to serve as one of the early members of the Council of the Princeton University Community (CPUC) and as the first chair of its Committee on Rights and Rules.

Harold never proselytized for his political beliefs in class, but his students were aware of his deep involvement in the activities of the American Civil Liberties Union. They understood that Harold held strong views about the importance of liberty and freedom, and that he lived by those values.