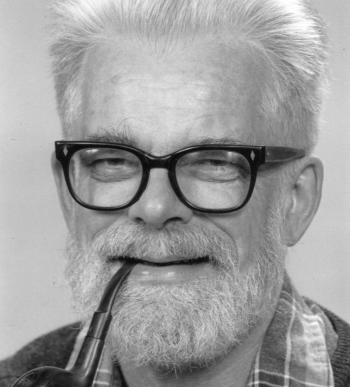 Edward Nelson, emeritus professor of mathematics at Princeton, died in Princeton on September 10, 2014, at the age of 82. He was born in Decatur, Georgia, but spent his early childhood through first grade in Rome, Italy, where his father worked for the Italian YMCA. His family came back to the United States at the advent of the Second World War, and he attended high school at the Bronx High School of Science. His family returned to Italy after the war, and he attended the Liceo Scientifico Giovanni Verga in Rome. He was a graduate student at the University of Chicago, and earned his PhD degree in 1955 with a thesis on Markov processes under the direction of Irving Segal. During the Korean War his deep religious beliefs led him to become a conscientious objector, and he worked for two years in the Methodist Hospital of Gary, Indiana. His first mathematical appointment was as an NSF Postdoctoral Fellow at the Institute for Advanced Study from 1956 to 1959. He then joined the faculty of Princeton University as assistant professor, and was promoted to professor in 1964. He remained at Princeton until his retirement with the rank of emeritus professor in 2013.

At Princeton, under Arthur Wightman’s influence, he developed an interest in questions of mathematical physics, where his earliest contributions made rigorous sense of Feynman path integrals. His most influential work concerned the interaction of mathematics with relativistic quantum field theory, an area in which he was one of the pioneers. He realized that probabilistic techniques could provide critical additional tools. The techniques he introduced for establishing in two space-time dimensions the stability of the quartic interaction were fundamental and strongly influenced the further development of rigorous quantum field theory in space-time dimension 3. He also fired the first shots and developed the basic framework of what became known as the Euclidean revolution, under which the analytic continuation of relativistic field theory to imaginary time formally transforms the Minkowskian field theory into a Euclidean theory. He realized that this was not just a formal trick but provided a mathematical interpretation of certain stochastic processes, furnishing a mathematically rigorous approach that combined the operator formalism in Minkowski space with the use of a Markov property symmetry with respect to space and time. Once his work was understood, all further contributions to the subject used his formalism. For his extremely innovative work he received the Steele Prize for Seminal Contributions to Research from the American Mathematical Society in 1995.

In the 1980’s Nelson became interested in non-standard analysis. This area had been created by Abraham Robinson in the 1960’s. Isaac Newton introduced infinitesimals in his invention of the calculus; but these had been banished in the 19th century as inconsistent, meaningless entities. Bishop Berkeley referred to them as the “Ghosts of departed Quantities.” Robinson used advances in mathematical logic to give a consistent extension of the real numbers to include infinitesimals. Nelson gave a complete axiomatization of non-standard analysis, and more generally of set theory, in his work Internal Set Theory. He then applied this approach to another area of his expertise, probability theory. In his beautiful book Radically Elementary Probability Theory he showed how the theory of infinite continuous sample spaces can be reduced to simpler “finite” non-standard sample spaces. For instance, difficult theorems in Brownian motion are reduced to simple results on random walks with infinitesimal steps. Nelson was planning to give a seminar this academic year on radically elementary mathematics.

Nelson was known for his fondness for his pipe, which appeared with him in so many photographs. He was in many ways a radical nonconformist, always willing to trust his own intuition despite the accepted knowledge and methods, and endowed with the courage to pursue his goals in his own way despite opposition and against the standard assumptions. His contributions to mathematics were acknowledged by many honors. He received an honorary doctorate from the University Louis Pasteur in Strasbourg in 1991; he was a member of the American Academy of Arts & Sciences from 1975, a member of the National Academy of Sciences from 1997 and a Fellow of the American Association for the Advancement of Science from 2003. He was the author of 6 books, published by the Princeton University Press, and some 60 articles in major mathematical journals.