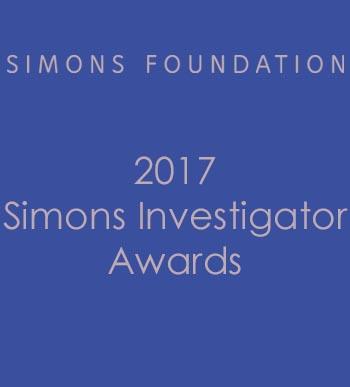 Professor Rodnianski, cited for his proofs of "theorems concerning the full nonlinear dynamics of the Einstein equations, in both the weak and strong field regimes, and has obtained new results regarding gravitational radiation associated to black hole spacetimes", and Professor Sly, who has "resolved long-standing open problems on the computational complexity of phase transitions and on the dynamics of the Ising model", were named Simons Investigators in Mathematics.

Professor Singer, who was named a Simons Investigator in Mathematics in 2015, was this year named a Math+X Investigator, a program designed to encourage novel collaborations between mathematics and other fields in science or engineering.

This year's roster of Simons Investigators also included Andrea Bertozzi '87 *91, a professor of mathematics at UCLA, and Simon Brendle, who was an assistant professor in our department.