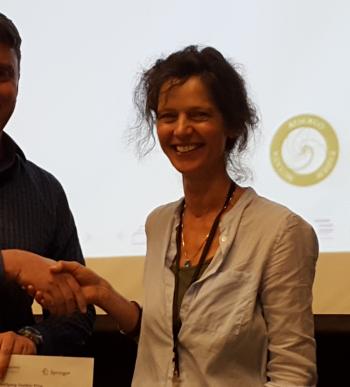 During the 2016 Bernoulli World Congress in Toronto, Allan Sly was awarded the Doeblin Prize from the Bernoulli Society for Mathematical Statistics and Probability. The Doeblin Prize  "is awarded to a single individual for outstanding research in the field of probability, and who is at the beginning of his or her mathematical career. "The citation reads,
[Allan Sly is] a very broad young probabilist, with great taste for fundamental problems at the intersection between probability theory, statistics, statistical physics and theoretical computer science. [He has] worked on topics such as Glauber dynamics for the Ising model, random k-satisfiability, interacting particle systems, the connection between computational complexity and phase transitions. Each of these topics has witnesed fundamental progress due to [his] efforts.