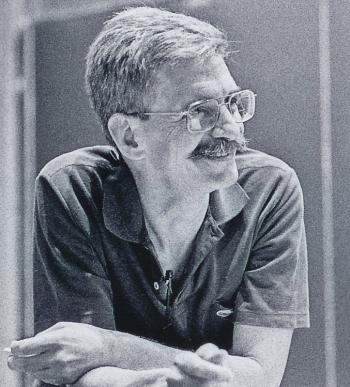 The AMS has announced that professor Nicholas Katz will receive the 2023 Steele Prize for Lifetime Achievement "for his landmark contributions to number theory and arithmetic geometry."

Katz’s fundamental articles and monographs have benefited the mathematical community by opening up new directions of research and illuminating large areas of mathematics. His best-known works include his long Antwerp article on p-adic modular forms; his Astérisque volume on exponential sums; the Annals of Mathematics Studies volume on moduli of elliptic curves by Katz and Mazur; and the AMS volume “Random matrices, Frobenius eigenvalues, and monodromy” by Katz and Sarnak.

Presented annually, the AMS Leroy P. Steele Prize for Lifetime Achievement is awarded for the cumulative influence of the total mathematical work of the recipient, high level of research over a period of time, particular influence on the development of a field, and influence on mathematics through PhD students. The Steele Prizes were established in 1970 in honor of George David Birkhoff, William Fogg Osgood, and William Caspar Graustein, and are endowed under the terms of a bequest from Leroy P. Steele.

The 2023 prize will be presented during the Joint Prize Session at the 2023 Joint Mathematics Meetings in Boston.