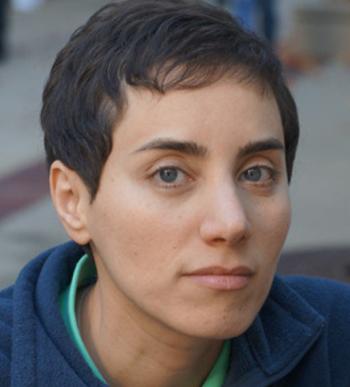 Maryam Mirzakhani, a Princeton faculty member from 2004 through 2008 and the first woman to win a Fields Medal, died on Friday, July 14, of breast cancer.Professor Mirzakhani received her Ph.D. from Harvard University in 2004, and was then hired as an assistant professor at Princeton University. She remained at Princeton until 2008, and was promoted to professor during that time. She then moved to Stanford to take a position as a professor, returning to Princeton in November 2015 to give the Minerva Lectures.
President Eisgruber refelected that "Maryam Mirzakhani’s death was a terrible tragedy.  I was shocked and saddened to read of it; what a luminous mind, lost far too young."
Professor Peter Sarnak recalled how Professor Mirzakhani “was in the midst of doing fantastic work. Not only did she solve many problems; in solving problems, she developed tools that are now the bread and butter of people working in the field.”
An obituary was published in the New York Times
Dr. Mirzakhani is survived by her husband, Jan Vondrák, and their daughter Anahita.