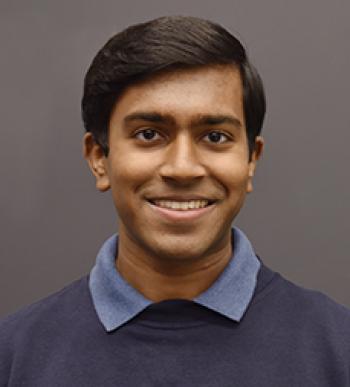 Graduate student Ashvin Swaminathan received the 2018 Morgan Prize for "his exceptional research in algebraic geometry, number theory, and combinatorics, which has appeared in numerous well-regarded professional level journals" as an undergraduate at Harvard.

The AMS-MAA-SIAM Frank and Brennie Morgan Prize for Outstanding Research in Mathematics by an Undergraduate Student is awarded annually to an undergraduate student (or students for joint work) for outstanding research in mathematics. Any student who was enrolled as an undergraduate in December at a college or university in the United States or its possessions, Canada, or Mexico is eligible for the prize.

Due to an oversight this prize was not announced on the Department's homepage when it was awarded, and it has since been added for archival purposes.