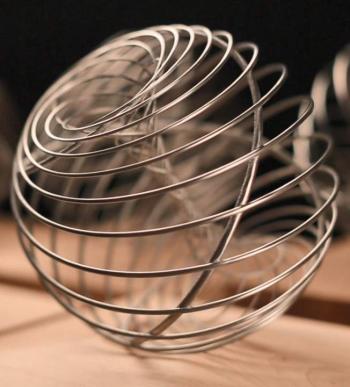 Ana Caraiani of the Class of 2007, Veblen Research Instructor and NSF Postdoctoral Fellow from 2013 to 2016, received one of the Breakthrough Prize Foundation’s New Horizons in Mathematics Prizes for "diverse transformative contributions to the Langlands program, and in particular for work with Peter Scholze on the Hodge-Tate period map for Shimura varieties and its applications".

Maggie Miller, a 2020 Ph.D. graduate, received a Maryam Mirzakhani New Frontiers Prize, which is awarded to women mathematicians who have recently completed their doctorate degrees and produced important results, for her "work on fibered ribbon knots and surfaces in 4-dimensional manifolds".

For the eleventh year, the Breakthrough Prize, renowned as the “Oscars of Science,” recognizes the world’s top scientists. Up to three New Horizons in Mathematics Prizes and up to three Maryam Mirzakhani New Frontiers Prizes are given out to early-career researchers each year. Laureates attend a gala award ceremony designed to celebrate their achievements and inspire the next generation of scientists. As part of the ceremony schedule, they also engage in a program of lectures and discussions.