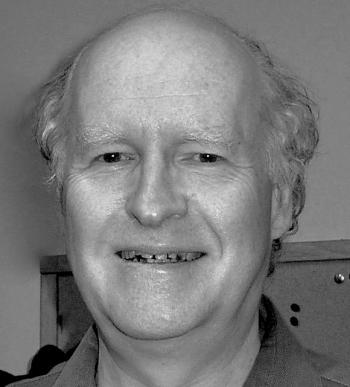 John N. Mather, a longtime member of Princeton's Mathematics Department, died of cancer at his home on January 28, 2017, at the age of 74. John will be long remembered by the international mathematics community for his profound and highly original contributions to singularity theory and to mechanics; and by his colleagues at Princeton for his selfless and devoted service.

John's interest in mathematics began in childhood, nurtured by his father, Norman Mather, a Professor of Electrical Engineering at Princeton. As a high school student, John attended a junior-level mathematics course at Princeton, earning a grade of 100%. After earning his B.A. from Harvard, he returned to Princeton for graduate study. As a graduate student, John achieved international fame by solving some of the major open problems of singularity theory, a field on the border between analysis and topology. One of John's major discoveries, the Mather­Malgrange Preparation Theorem, served as his Ph.D. thesis.

After earning his Ph.D. in 1967, John spent two years at the Institut des Hautes Etudes Scientifiques, then accepted an Associate Professorship at Harvard, where he was promoted to Full Professor in 1971.

In 1974, Mather returned to Princeton as a Visiting Professor. He accepted Princeton's offer to stay on as a Full Professor because "after four years at Harvard, I decided that I liked Princeton better." At Princeton, Mather began a decades-long research program to establish the chaotic behavior of orbits of frictionless mechanical systems. Mather's work completely bypassed earlier approaches to the problem, and exhibited an entirely unanticipated mechanism by which chaos arises. His theorems on this theme are among the deepest and most original mathematical results of the last fifty years.

For the sake of brevity, we omit Mather's lesser discoveries, which by themselves would have justified a major international reputation.

John's behavior never betrayed the slightest hint that he was a distinguished man with many international honors. He was unfailingly self-effacing, scrupulously honest, and always willing to be of service to others. Regarding his service, we content ourselves here by noting his ten years on the Editorial Board of the journal Annals of Mathematics, and his several decades on the Editorial Board of Princeton University Press' book series, the Annals of Mathematics Studies.