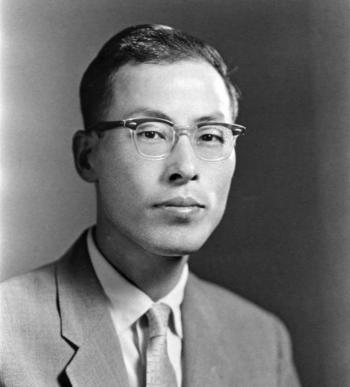 Goro Shimura, a longtime professor in Princeton's Mathematics Department, died on May 3, 2019, at the age of 89. Shimura is renowned in the international mathematical community for shaping modern number theory and the theory of automorphic forms and for foreseeing and developing the profound interplay between these and related fields.

Shimura was raised and educated in Japan and received his PhD from the University of Tokyo in 1958.  After holding positions at the Institute for Advanced Study and Osaka University, Shimura joined the Princeton faculty as Professor in 1964, moving to emeritus status in 1999.

Shimura's undergraduate and graduate courses at Princeton were polished with detail and accuracy and delivered with an unusual sense of humor.  His lectures were very well received by students eager to master the subjects. He supervised 28 PhD students at Princeton, many of whom are leading researchers around the world today.

Shimura's many foundational works include the theory of what are known today as "Shimura Varieties," which lie at the center of the arithmetic and geometric theories of automorphic forms, and his development and applications of the theory of Complex Multiplication of abelian varieties. A far reaching and unexpected prediction put forth by Shimura and his collaborator Taniyama, relating elliptic curves and modular forms, played a crucial role in the proof of Fermat's Last Theorem and, in its most general form, continues to be one of the holy grails of modern number theory.

Shimura was recognized with numerous prestigious awards including the Cole and Steele Prizes from the American Mathematical Society and the Asahi Prize for outstanding accomplishments in the fields of academics and arts.