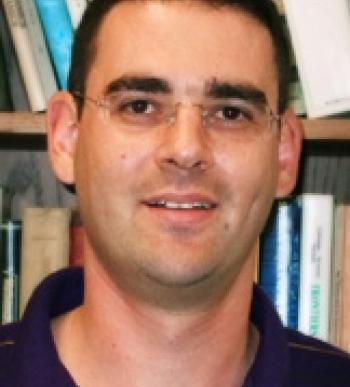 Professor Amit Singer has received the 2010 Presidential Early Career Award for Scientists and Engineers (PECASE), the highest honor bestowed by the U.S. government on science and engineering professionals in the early stages of their research careers. He is among 94 researchers at American institutions selected by the Office of Science and Technology Policy within the Executive Office of the President based on the recommendations of 16 federal departments and agencies. Singer and his fellow recipients will be presented with their awards during an Oct. 14 ceremony in Washington, D.C."It is inspiring to see the innovative work being done by these scientists and engineers as they ramp up their careers -- careers that I know will be not only personally rewarding but also invaluable to the nation," President Barack Obama said in a Sept. 26 release announcing the awards. "That so many of them are also devoting time to mentoring and other forms of community service speaks volumes about their potential for leadership, not only as scientists but as model citizens."
Singer, an associate professor of mathematics and applied and computational mathematics, was nominated by the U.S. Department of Defense for using new mathematical processes to find hidden data, as well as to visualize and better understand macromolecular structures.
He is a co-principal investigator on a three-year, $900,000 grant the Air Force Research Laboratory awarded in 2009 titled, "Building Mathematical Tools to Find Needles in Haystacks." The project tackles mathematical problems in which low-dimensional data of interest are "hidden" amid larger datasets, making this information exceedingly difficult to find. Finding structure in these data would allow for enhanced systems analysis, design and modeling.
Singer also develops algorithms -- a set of rules for conducting calculations -- for producing 3-dimensional models of macromolecules such as ribosomes, a part of cells essential in producing proteins. He uses cryo-electron microscopy, an alternative to X-ray crystallography, in which samples are rapidly frozen in a super-thin ice layer. His models would present more structural detail of macromolecules and allow for closer analysis, which could benefit drug development and medical imaging. Singer also received a 2010 Sloan Research Fellowship for this research.