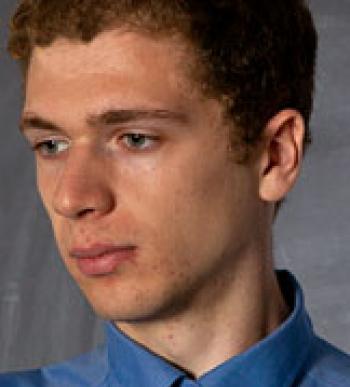 John Pardon '11 has received the 2012 AMS-MAA-SIAM Frank and Brennie Morgan Prize for Outstanding Research in Mathematics by an Undergraduate Student.  The Morgan Prize is presented annually by the American Mathematical Society, the Mathematical Association of America, and the Society for Industrial and Applied Mathematics. The prize will be awarded on Friday, January 5, 2012, at the Joint Mathematics Meetings in Boston. Pardon is honored "for solving a problem on distortion of knots posedin 1983 by Mikhail Gromov." The prize citation refers to the"brilliant geometric understanding" that Pardon brought to bear on this problem and goes on to say: "John's elegant proof was a beautiful mix of geometry and topology combined with some analytic arguments. John learned about this problem on his own (and in high school). According to his letters of recommendation, with this problem, no one had any idea how to get started; the key insight that cracked this problem is due to John." His research paper about this work appeared in the July 2011 issue (volume 174, number 1) of theANNALS OF MATHEMATICS.
Pardon is now a first-year graduate student at Stanford University.