John Urschel is a member of the Institute for Advanced Study, and recently completed his PhD in math at MIT. In 2017, Urschel was named to Forbes’ “30 under 30” list of outstanding young scientists. His research interests include numerical analysis, graph theory, and data science/machine learning.

A determinantal point process (DPP) is a point process whose probability distribution is representable as the principal minors of some matrix. DPPs arise in a wide range of areas in mathematics, including combinatorics, random matrix theory, and machine learning. In this talk, we give a brief introduction to DPPs and some of their properties, and discuss the problem of recognizing when a point process is determinantal. This is a special case of the principal minor assignment problem, which, given an indexed list of prescribed values, asks if there exists a matrix with those values as its principal minors. In many cases, this question has key connections to the cycle space of a graph, a fundamental concept in algebraic graph theory.

Journeys in Math: A conversation about the joys, struggles, and stories of three generations of mathematicians

Join us for an interactive conversation between three mathematicians at varying stages of their careers, as they discuss each of their journeys into mathematics, and the lessons that they've learned along the way.

William Alfred Massey ’77 is the Edwin S. Wilsey Professor for the Department of Operations Research and Financial Engineering at Princeton University.  He is an inaugural fellow of the American Mathematical Society (AMS) and a fellow of the Institute for Operations Research and the Management Sciences (INFORMS). His research interests include applied probability, the control of dynamical systems, queueing theory, and stochastic networks.

Massey has many honors based on his diversity outreach activities including the Princeton University Martin Luther King Day Journey Award. As a co-founder of the Conference for African American Researchers in the Mathematical Sciences (CAARMS) in 1995, he has been a lead organizer for over 25 years of their annual meetings. Over 120 minority students attending this conference have gone on to receive a PhD in the mathematical sciences. Moreover, 50 minority students or young faculty in attendance have gone on to become tenured academic faculty.

Kimberly Sellers, Ph.D. is a Professor of Mathematics and Statistics, specializing in Statistics at Georgetown University in Washington, DC; and a Principal Researcher with the Center for Statistical Research and Methodology Division of the U.S. Census Bureau. A DC-area native, she completed her BS and MA degrees in Mathematics at the University of Maryland College Park, and obtained her PhD in Mathematical Statistics at The George Washington University. Prof. Sellers held previous faculty positions at Carnegie Mellon University as a Visiting Assistant Professor of Statistics, and the University of Pennsylvania School of Medicine as an Assistant Professor of Biostatistics and Senior Scholar at the Center for Clinical Epidemiology and Biostatistics (CCEB) before her return to the DC area. Her primary research interests and expertise center on statistical methods for count data that contain data dispersion with methodological interests in distribution theory, regression analysis, multivariate analysis, stochastic processes,  and time series analysis.  Sellers is an Elected Member of the International Statistical Institute (2018) and a Fellow in the American Statistical Association (2021) in recognition of her research, and active contributions to diversifying the fields of mathematical and statistical sciences with respect to gender and race/ethnicity. She was the 2017-2018 Chairperson for the American Statistical Association’s Committee on Women in Statistics, and currently serves as the inaugural chairperson of the ASA’s Justice, Equity, Diversity, and Inclusion (JEDI) Outreach Group, as well as an Advisory Board member for the Black Doctoral Network. 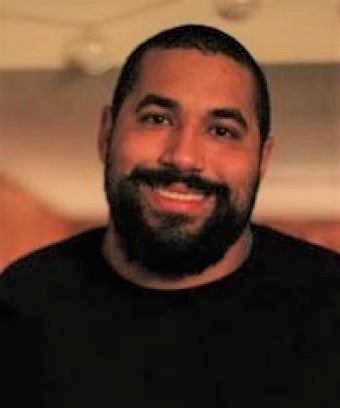